Malak, Reham Elshazly’s daughter is her pride and joy – the 15-years old was already at SEKEM’s Kindergarten and is planning to study at Heliopolis University.  For eleven years, Reham has been a part of SEKEM’s community now and malak was always close to her. Like many of the longstanding employees, she has tried out various roles, positions and experiences within the holding company in order to optimize her individual potential unfolding until she reached the position of a Human Resources Manager.

Reham received her higher education in the field of Management and Information Systems and started her career at the age of 20  as an Office Manager, moving on to becoming an Assistant Sales Manager and finally a Marketing Researcher until she joined SEKEM in 2008.

Her journey with SEKEM started in NatureTex, SEKEM’s company for Organic cotton textiles,  in the export department. For a year she gained a lot of experience in a field which was unfamiliar to her. Based at the SEKEM main farm in Belbeis, Reham and her daughter got to experience the country life far from the city. Malak who was four years old at the time, attended SEKEM’s nursery. “It was a wonderful year and experience. I loved working with Kony (Konstanze Abouleish, Managing Director of NatureTex). In spite of her position and responsibilities, she took the time to personally teach me and I learned a lot   from her, also on the personal level,” expressed Reham.

After a year, Reham requested to be relocated  to SEKEM’s headquarters in Cairo, as the daily commute to Belbeis was tiring to both her and Malak.  During that time Heliopolis University for Sustainable Development was about to be founded and Reham found a new opportunity at the university office.  Afterwards she worked as an Assistant to the Chief Financial Officer for four years. “Dr. Ibrahim always had a plan for each member of the community. He could see a bigger picture and we all trusted him and his unexpected decisions. He didn’t think of us as employees, we rather were members of the SEKEM family, and each had to know about all aspects of SEKEM because we each belonged to SEKEM as much as it belongs to us,” explained Reham.

A blow of fate

For six years now, Reham found her place in the Human Resources Department, where she benefits from the various experiences within SEKEM. But only one year after she had joined the HR team, she was diagnosed with stage four breast cancer. In such great ordeal she found the support by SEKEM that one normally only expects from family members. “Dr. Ibrahim approached me as a father and gave me advice and hope. ‘We’re all standing strong behind you,” was his promise to me in the hardest of times,” recalls Reham. “Other than the moral support, SEKEM’s medical insurance was of great help as well, and I never felt that my place in SEKEM was jeopardized.” Reham took eight months to recover from her illness and returned to SEKEM to presume her duties and responsibilities unaffected by her absence.

At the age of 39, Reham is now SEKEM’s HR manager, reporting to Mamdouh Abouleish, General Manager of SEKEM’s company ISIS Organic, market leader for Organic food in Egypt. “I owe thanks to Dr. Mamdouh who I consider to be my mentor and teacher. It’s a great opportunity to have a direct contact with such a great mind,” says Reham.

Reham’s  daughter Malak is attending a high school in Cairo at the meantime. But the fifteen year old is planning to join Heliopolis University after her graduation and already  volunteered during her school holidays in the University’s admission period. Both mother and daughter appreciate especially the involvement of arts and culture in professional as well as educational life at SEKEM. The two love music and are planning to learn playing the violin together. 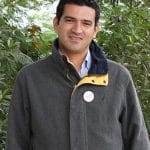