This month, Mohamed Gadallah celebrates his third anniversary as an official SEKEM co-worker. But he is known and connected to SEKEM already since a long time. “Officially, I started working at SEKEM in November 2014. But I was a sales representative of one of SEKEMs suppliers already for several years,” the todays Purchasing Specialist of ISIS Organic, SEKEMs company for Organic food reports. “Before, I saw SEKEM as a client through the eyes of a trader and didn’t know a lot about the comprehensive dynamics behind the initiative. Now I know how huge it is and in how many activities SEKEM is involved.”

At the first glance, it is surprising to know that Mohamed Gadallah graduated from the Faculty of Law. But when learning more about his approach to life it becomes clearer: “I am convinced that the only way to find your passion is to try out different opportunities,” says the 37-years-old. Directly after his graduation in 2003, he got enrolled as a trainee in a big lawyer’s office. “But I never found myself as a successful lawyer,” he recounts.

However, during the university years, Mohamed already experienced the work of a sales representative at many different companies. His motivation of exploring himself, made him even work as a model. “The modeling was a short experience, which also didn’t meet my expectations; I was just young, curious and wanted to discover my potential,” the ambitious SEKEM employee explains.

Raising awareness among the society is a purpose beyond profit

Before joining SEKEM, Mohamed worked for five years with a company for glass packaging, that is providing ISIS Organic for instance with bottles for its oils. There, he even got promoted to a sales manager: “With this new challenge also my responsibilities grew. I did not only have to achieve the sales target but also create a precise sales forecast.” And he succeeded with it. The company’s industrial production capacity increased by more than 500% per month. At the same time, Mohamed considered this achievement as a good finale for his sales career. “I got tired from running after numbers and targets. I wanted to contribute to something more valuable than profit and monetary values – something more sustainable and meaningful,” he asserts.

When Mohamed knew about the open vacancy for a Purchasing Specialist at SEKEM, he immediately applied for it. “SEKEM was one of many clients on my monthly visit list. But it was the only company that I found with a different purpose beyond profit,” the former salesperson recalls. “SEKEM aims to raise cultural and ecological awareness among the society. This is what made me curious and after joining SEKEM I learned much more about the holistic approach”, he states enthusiastically. “I consider these values as very worthy and important, although they are quite rare in the business field.” 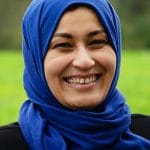 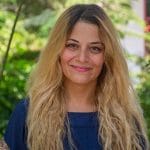